*Disclaimer: Some of the terms or instructions used in this article may not be 100% technically accurate. This guide is meant to provide guidance and instruction to would be OPT7 Fluxbeam LED Conversion Kit installers. Forgive any errors, mistakes or oversights as the guide was written by a lowly Customer Service Manager with no official technical or electrical training aside from 5+ years of experience gained through supporting OPT7 Fluxbeam LED Conversion Kits specifically and working on my own vehicles, thank you!

The H1 bulb type is unique in two aspects. One, the bulb base is a flat circle shape with a small cut-off on one side. This circular base is fitted into the headlight's bulb receptacle and is secured using a thin pliable wire. In most installations this securing adapter may need to be bent around the Fluxbeam bulb base between the bulb and fan assembly. 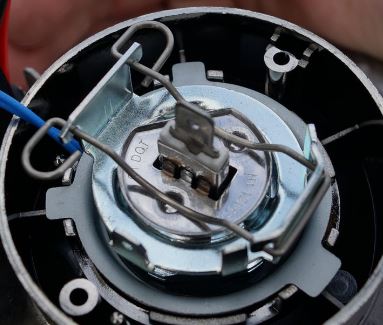 Second, the halogen bulb's metal base is used as the ground where typically a lead positive and ground terminal wires fitted to a harness would be used. However, the H1 OPT7 Fluxbeam LED Conversion Kit incorporates the typical positive and negative ground leads less a power harness via the universal kit to vehicle spade connection depicted below. 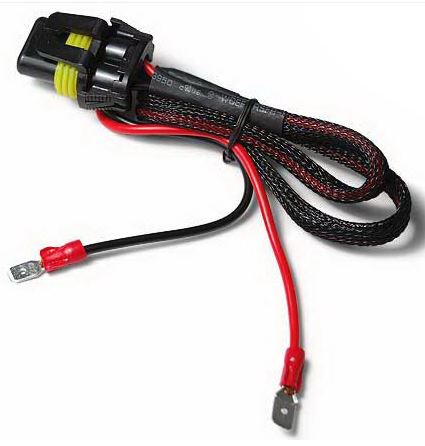 The positive or red spade lead should be inserted into the vehicle's H1 female power harness depicted below. The ground or negative spade wire should be grounded to the vehicle's chassis metal to metal. On some vehicle's the headlight may have a ground point you can attach this lead to (see owner's manual or your local dealer's service center) 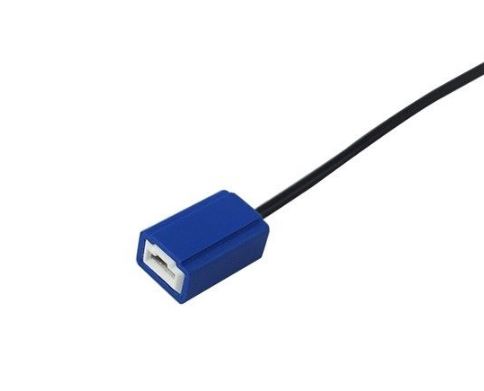 H1's Fog Light Counter-Part
Structure and design wise the H3 bulb type is very similar to the H1 bulb type we previously discussed with some minor differences. The H3 bulb type is most commonly used in fog light applications hence it's small size in comparison to more common headlight bulb types like the 9006 bulb type. Rather than using a fixed positive terminal at the end of the bulb base the H3 bulb type uses a positive terminal connected to a loose wire that extends from the rear of the bulb. Just like the H1 bulb type the H3 also uses the metal base as a ground point. 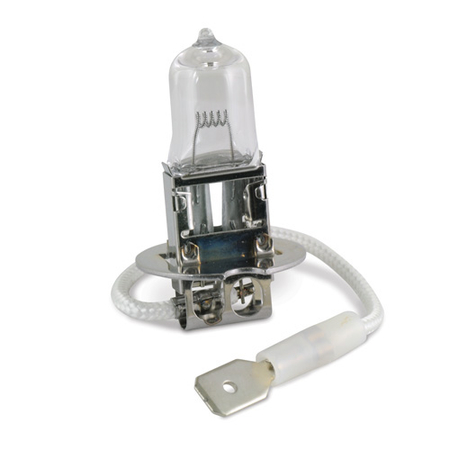